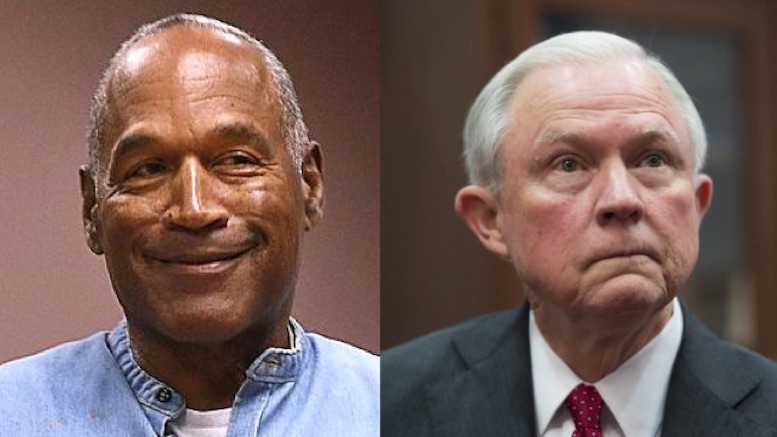 O.J. Simpson is out of prison in after serving nine years for armed robbery, following a parole hearing. Asked today what he is doing with his freedom, the former NFL star infamously acquitted of the murders of Nicole Brown Simpson and Ron Goldman said he is seriously considering an offer by President Trump to serve as Attorney General now that Jeff Sessions is gone.

Those close to the President say there are a number of factors that make O.J. an irresistible pick, such as his intimate knowledge of the courts and the justice system, and his success first as an athlete and then as a popular entertainer.

“There are qualities Trump greatly admires.”

Another advantage, they say, is that appointing an African-American to the post will undo the damage done due to the perception that Sessions had KKK sympathies.

“Fortunately O.J. comes with no such baggage.”

2 Comments on "Trump To Replace Jeff Sessions With O.J. Simpson As Attorney General"