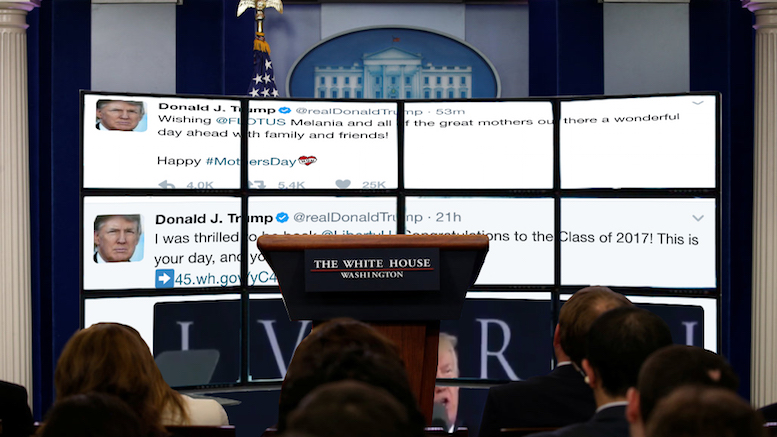 Could you retweet the question, please?

Sean Spicer’s rocky tenure as White House press secretary finally came to an end today when he resigned in protest at the President’s appointment of New York financier Anthony Scaramucci as communications director.

Though Trump asked him to stay on, he was reportedly dissatisfied with Spicer ever since his awkward handling of fallout over the dismissal of FBI Director James Comey.

Sarah Huckabee Sanders was previously given a brief tryout, but, though she managed to hold her own, Trump says he has come to the conclusion that his twitter feed was the superior candidate by a large margin.

Briefings will otherwise continue as before, with the exception that questions to the new press secretary must now be submitted in advance via DM.