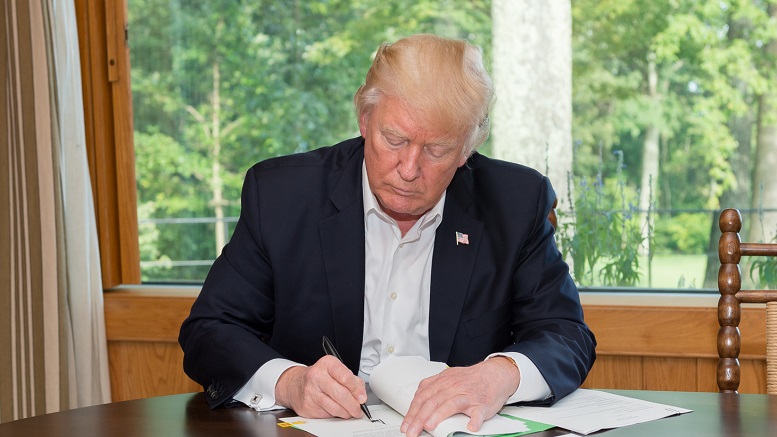 (The White House) President Trump has signed an executive order revoking an Obama-era ban on selling guns to the mentally ill. Trump said he was proud to do so to afford them the protection they deserve.

“These beautiful people need to be able to protect themselves from the nutters and whackjobs out there.”

Trump added that it was terrible that the ongoing stigma against the mentally ill left them vulnerable, and he would not be a part of it.

“They deserve the right to arm themselves against loonies and schizos as much as us normal people.”

In an effort to reverse the damage wrought by his predecessor, Trump said he will seek funding to provide free firearms to the most deserving.