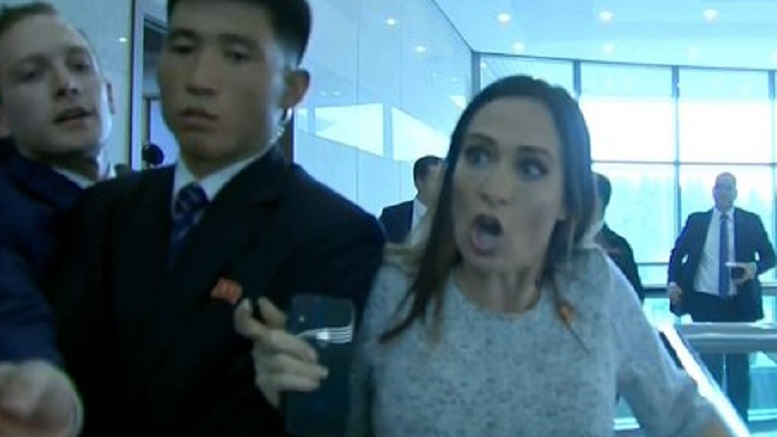 (DMZ, Korean Peninsula) President Trump has commended his new Press Secretary, Stephanie Grisham, for showing she had the right stuff during a scuffle with North Korean security agents in which she received bruises. He added that he was about to join in the fight, but was prevented by an old injury.

“My bone spur starting acting up again out of the blue.”

The President ailment is considered unique in the medical profession as it doesn’t appear to impede him in any way in the United States or the rest of the Western world, but flares up whenever the prospect of fighting in an Asian country looms.

“It must be the climate.”

Doctors are hopeful the bone spur will resolve itself in time for his next golf outing back in the United States.

“We predict a full and swift recovery.”