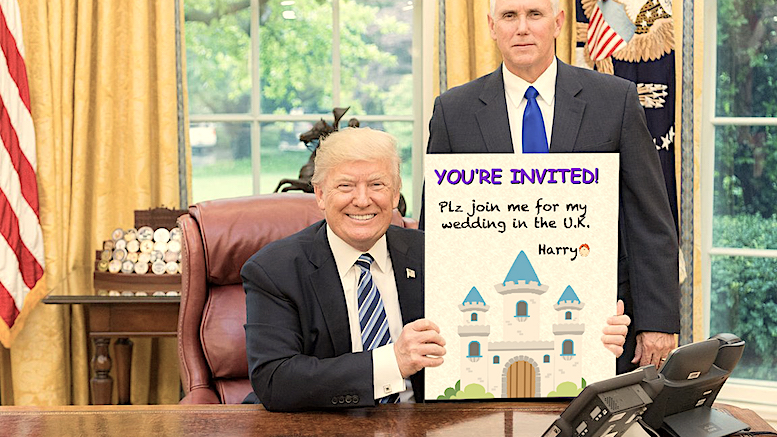 President Trump has revealed he is not bothered by speculation that he was snubbed by Prince Harry, because he was not only the first person to be invited to the Royal’s forthcoming wedding, but also the first to know.

“Harry personally consulted me on whether he should ask Meghan Markle to be his wife. I said she’s hot, so go for it.”

Trump also revealed that Harry is very worried that a black man he can’t stand called Barack is intent on gatecrashing his nuptials.

“I told Harry he has to pretend like he doesn’t mind when it happens so Meghan’s big day isn’t ruined.”

Unfortunately, Trump had to tell the young Prince that, though he’d love to accept the invitation, he would be far too busy with important United States stuff then.

“He was really upset that I can’t be there and said he doesn’t even want to get married now but will probably go through with it anyway because the venue’s already been booked and they’d lose the deposit.”