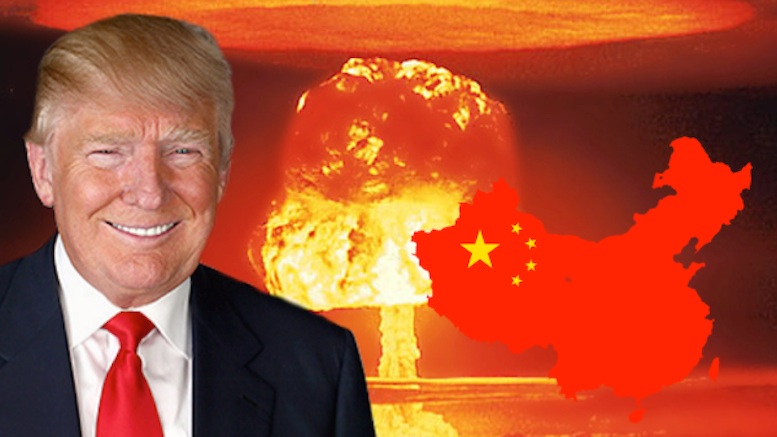 While Obama has shown great restraint in not letting minor diplomatic scuffles throw him off him game at the G20 summit in China, Donald Trump has let it be known that he would have handled the situation entirely differently.

“The Chinese only understand one thing – wild irrational outbursts of unconsidered violence and abuse at the slightest perceived provocation. Fortunately I am ready and able to provide that.”

The Presidential candidate, and author of The Art Of The Deal, says that in high-stakes real estate he learned you always have to be ready to walk away. The analogy in international affairs, he claims, is that you must always be ready to press the nuclear button, no matter how trivial the issue.

“If you raise me a petulant snub by making me use an alternative exit from Air Force One, then I’m going to raise you 100 megatons.”

Trump went all to detail all the other potential snubs by the Chinese that would trigger a nuclear response, which included, but were by no means limited to, mucking around with currencies, insufficient gold and marble in his provided accommodations, and commenting on his hands.