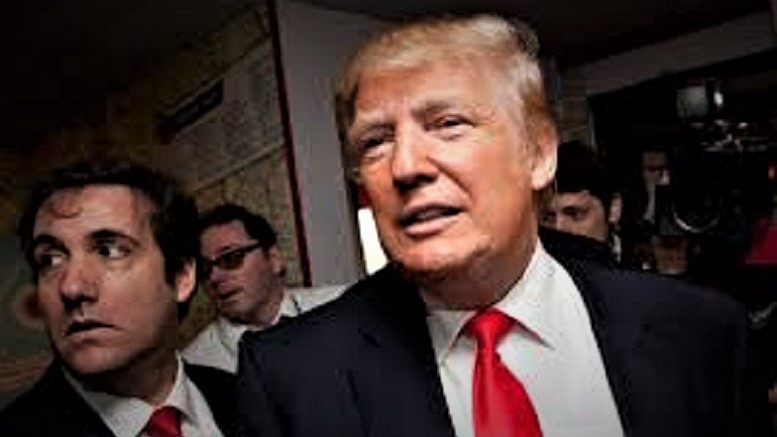 President Trump has responded to new allegations that he sexually assaulted a well-known advice columnist in a department store in the 1990s.

“Obviously it was Michael Cohen who would have done something like that.”

Trump said the description in New York Magazine of a forceful attack by a large man fits Cohen perfectly.

“He was a terrible terrible person back then – and a lot taller.”

He added this is one more thing to add to the sorry list of Cohen’s transgressions, which already include sleeping with Stormy Daniels just after Melania had given birth, and saying terrible things in an interview by Billy Bush.