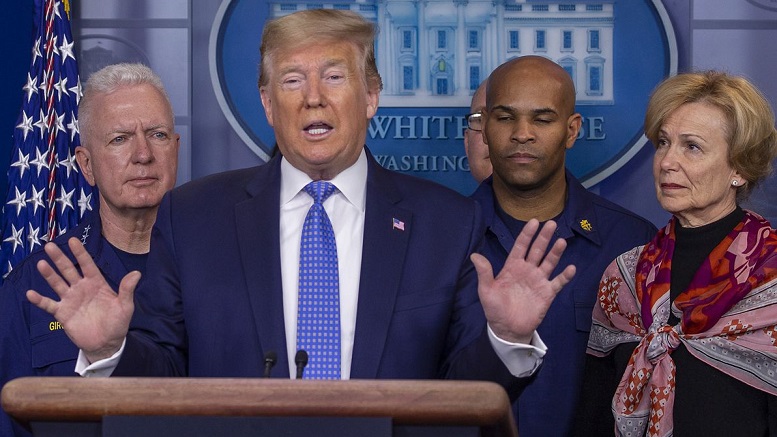 Despite initially saying that the coronavirus was a hoax that would go away quickly, President Trump has revealed that he now believes this is a long-term hoax.

“As hoaxes go this is a big one, folks. Very big.”

Though he originally thought it to be a brief ruse, Trump said he has since been convinced by experts that it is a long-term prank that could take many months to play out.

“Given all the trouble people have gone to to create this hoax, I firmly believe we should play along with it for ten to sixteen weeks by self-isolating and severely disrupting the econony.”

He added that this hoax was intended to be played on people in small groups rather than big crowds.

“Please assist these committed hoaxers with their japing by only gathering in groups of 10 or less as that is how they intend you to be punk’d.”