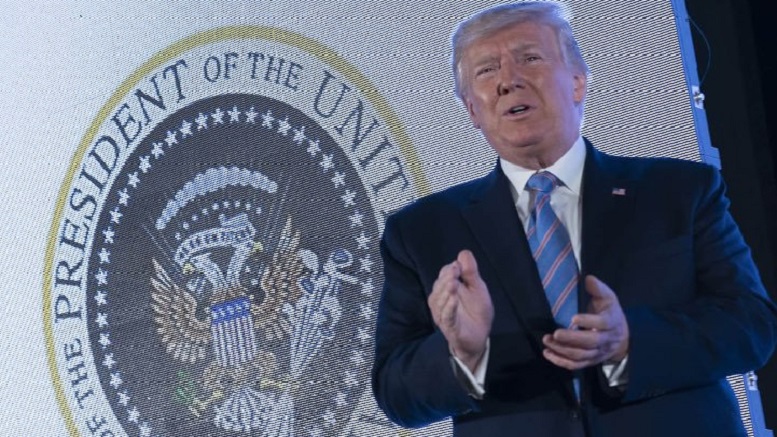 Following a speech in which a parody of the US Presidential Seal depicting a Russian double-headed eagle and golf clubs was projected behind him, President Trump has said he’s not too bothered.

“A seal was a stupid choice of animal to represent the United States of America anyway.”

Trump has ordered that a new logo be devised that doesn’t involve a seal.

“How about a normal one-headed eagle instead?”