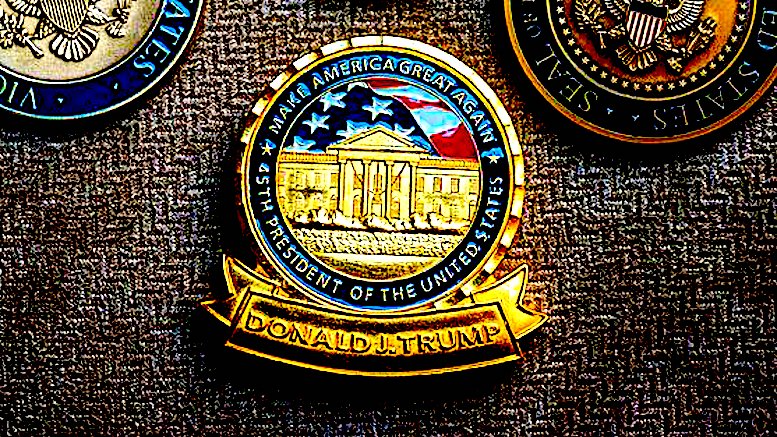 Among the many things notable about President Trump’s new challenge coin — which was thought to be designed by son Barron until people remembered he is eleven not three — is the removal of the traditional United States motto.

Attempts to explain to the President that the iconic phrase is Latin for “out of many, one” merely bolstered Trump’s resolve to dispense with it.

Trump then went further, saying he wants to eradicate all signage not in English during the coming year.

“The only language I want to see and hear in the United States is the one that was created here.”

STUCK FOR A LAST MINUTE PRESENT? -> GIFT A BOOK BY BREAKING BURGH: