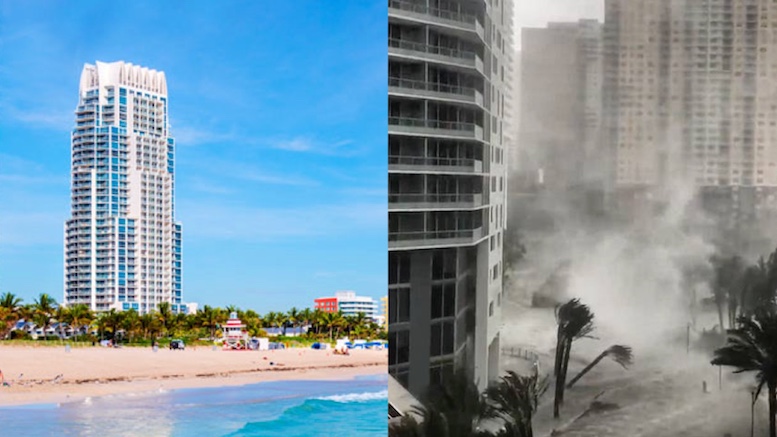 Noting that that the ‘Fake News Media’ is focusing exclusively on the hurricane when discussing the expected damage to the continental United States, President Trump said today that weather the whole year round shares in the blame.

“Not enough attention is being paid to the discomfort still humid weather generates – all sides are at fault.”

Trump objects to the bias result in so much focus on the actions of gale force winds and storm surges, with no discussion of the hardship the hot sun creates when it gives you a sunburn.

“We must not allow the vocal cries of a few hundred thousand displaced families to overshadow the pain of a vacationing family that forgets to pack sunblock during good weather.”

Though he admits the hurricane had anger issues, he refused to outright condemn it, saying it had just as much right to express itself as any other weather formation.

“There are some fine hurricanes out there, just like with any other atmospheric condition.”