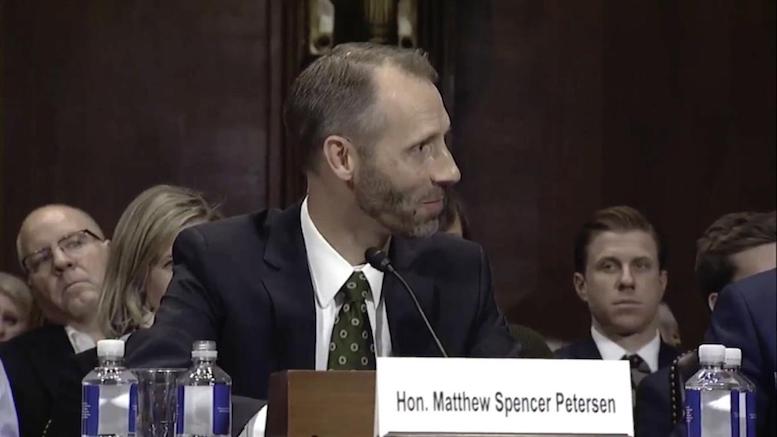 After his nominee for U.S. District Court for the District of Columbia, Matthew Petersen, made an embarrassing appearance before the Senate Judiciary Committee, President Trump slammed the Senators involved for being so shortsighted.

Petersen failed to answer the most basic questions regarding witness testimony and rules of evidence, and admitted he had never appeared in an actual trial.

Trump, however, said the assumption underlying the questions – that someone should know something about the law if they are to be a competent judge – was flawed.

“I came into the White House with zero experience or understanding of politics yet I’m the greatest President ever, so it can be done.”

Just as he had done for Science, Trump offered to pass some rules banning the use of evidence in court trials if that would make it easier for his nominee to wing it based on how guilty people looked.

Sadly, Petersen had already withdrawn himself by that stage in order that he would no longer be a highly amusing distraction.