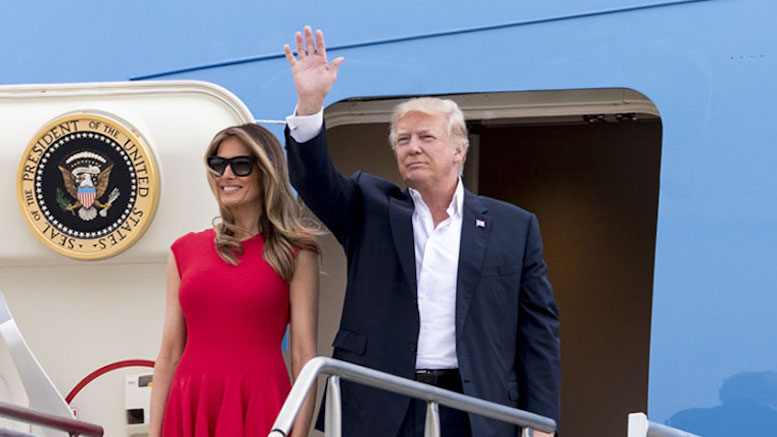 Air Force One touched down in Honolulu today with everyone in high spirits in anticipation of a successful 9-day tour of Asia. However, President Trump was soon in a foul mood, due to what he said was an unforgiveable snub.

“Why isn’t the President of Hawaii here to greet me? So wrong!”

Trump was even more angry to discover that, not only would he be not be greeted at the airport, but there were no scheduled meetings with his Hawaiian counterpart at all.

“Whatever the Hawaiian President may think of me personally, this is unacceptable!”

“Just take me to see the tribal village where Obama was born. Hopefully they’ll be more welcoming.”