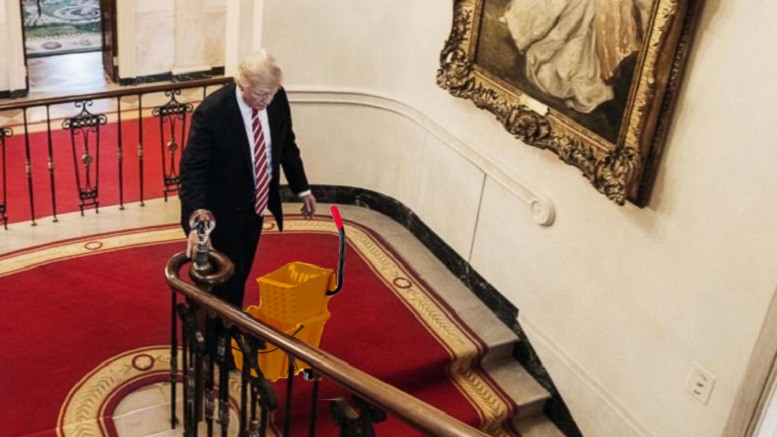 (The White House) The West Wing is finally  back to normal after an incident which left the President stuck on a staircase for much of the evening.

“It appears a janitor’s bucket was left out and President Trump found himself incapable of negotiating a path around it.”

This follows a string of events in which President Trump has failed to negotiate effectively, the most recent being the summit with Kim Jong-un.

“Just like then he walked right up to the bucket with no preparation or plan as to how he was going to deal with it.”

It appears to be yet another example of the self-described ‘Dealmaker in Chief’ expecting things to effortlessly go his way.

“I think he believed the bucket would cave completely and move itself out of his way.”

When the bucket refused to budge, the President was left standing there helplessly until he was discovered by an aide hours later.