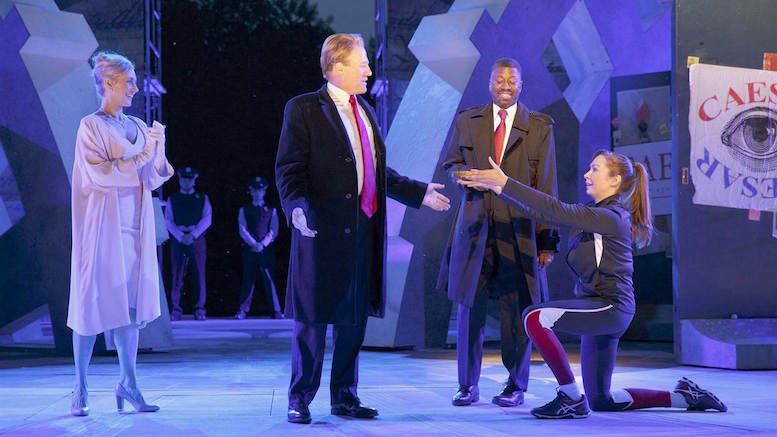 The Public Theater’s production of Julius Caesar, in which the titular bombastic leader who gets assassinated has a distinctly contemporary flavor, continues to generate controversy with financial backers pulling out.

Though former corporate sponsors focused their criticism on the production and the director, Trump’s most devoted supporters are going straight to the source:

“Clearly this was written as a blatant attack on our great President. The playwright should be locked up!”

They are demanding that he not be allowed to work on Broadway again, nor do they want to hear about any new HBO deals involving the author of Hamlet and King Lear.

“I bet he’s friends with that awful Kathy Griffin too.”

The President himself finally weighed in on the matter late this afternoon via twitter, suggesting his bloodthirsty supporters would get some satisfaction.

“So wrong. Very very wrong. ICE is coming for you, William Shakespeare!”