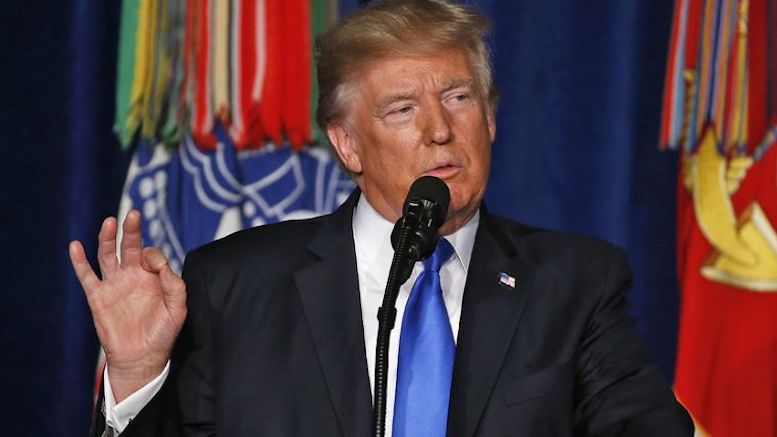 Speaking during his first primetime address to the public, President Trump has outlined his plan for United States involvement in Afghanistan going forward.

Trump said he had looked at the books and they were ‘not good at all’ so he’s decided it’s time to declare Afghanistan bankrupt.

Saying not to worry because he’s ‘done this many times before’, Trump explained Afghanistan would be shuttered within a month and its assets sold off.

“And the beauty of bankruptcy is we don’t need to pay the creditors off, whoever they may be, and we get a huge tax write-off!”