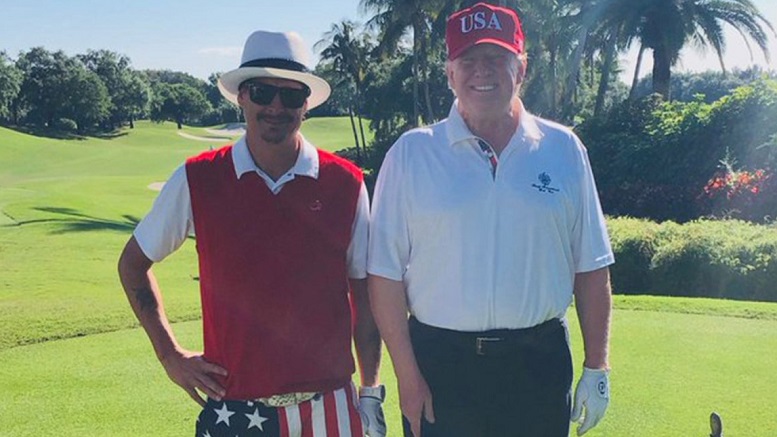 In a surprise shakeup of the 2020 election, it appears that President Trump will be running on a Trump/Kid Rock ticket.

Trump informed Vice President Mike Pence, the nominal bottom half of the ticket until now, that he had lost a bet with golfing buddy Kid Rock over the weekend, meaning the Michigan musician gets to run alongside Trump in the forthcoming election.

Pence, who is said to already be reeling from the realization that Trump will likely not be removed from office to make him President by default, is reportedly not taking the news well.

Should he end up in office, which is an entirely possible outcome according to pollstars, Kid Rock said he prefers to have a traditional Vice Presidential role.

“I plan to focus on drug abuse and the mission to get humankind to Mars, probably at the same time.”