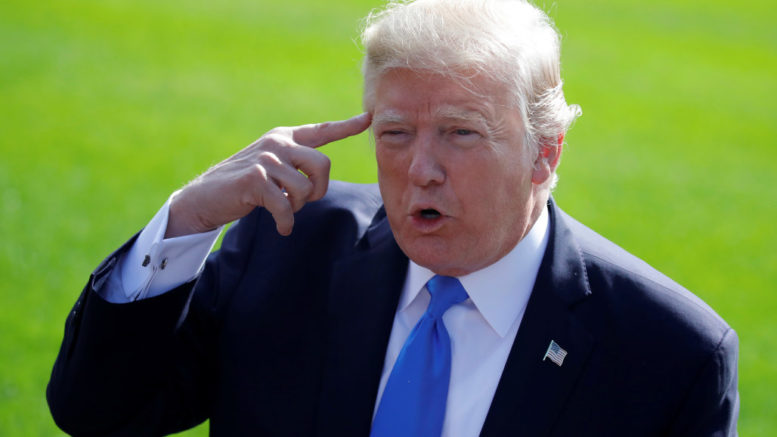 Quick on the heels of his fascinating insight that there’d be no Coronavirus cases if we’d only stop testing for it, President Trump has announced a bold initiative to combat the leading causes of death for Americans.

“Right now there are almost 2 million new diagnosis of cancer in the United States every year. Such terrible numbers! Bad!”

While winning the war on cancer has eluded every President since Nixon, Trump has declared victory with no more cancer diagnoses to be made after today.

“My genius proposal will also eliminate all cases of heart disease, diabetes, and every other malady.”

Trump plans to extend his revolutionary approach in the run up to the election by also reducing cases of mental illness to zero by eliminating psychiatrists.

“Except for cases of gun violence which are still a mental health issues and nothing more.”

A rival proposal by Democrats to reduce crime by getting rid of the police and solve illegal immigration by disbanding ICE was quickly rejected by the White House.