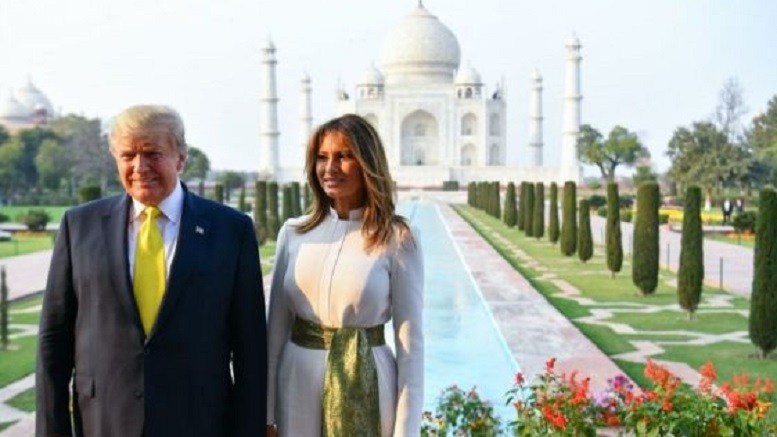 (Agra, India) Following his successful trip to India, President Trump has indicated he will be instigating legal proceedings against the government there after they showed him a tourist site that he claims was a direct theft of one of his business ventures.

“They copied my former Atlantic City casino in every detail, right down to the name – Taj Mahal!”

Though he thoroughly enjoyed his visit, Trump said he had to sue becasue that is what you must do when shameless charlatans steal stuff and generally behave terribly.

“In my experience if you let people get away with things they only become emboldened to behave even worse.”

He plans to file a multi-billion dollar lawsuit as soon as he gets back to the United States.

“My personal attorney’s office, aka the US Department of Justice, will be in touch.”