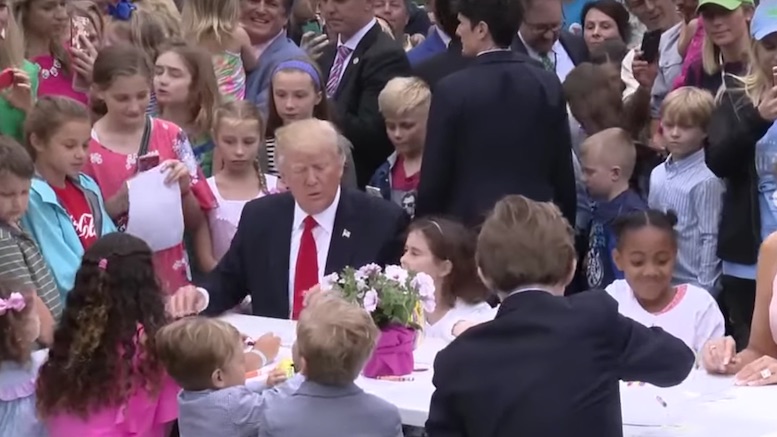 (Easter Monday) President Trump boasted today of a huge showing of support for his administration by young people who held a rally on the White House grounds.

“Young people are the future, and judging by the ages of my supporters here today, that future is Trumpism.”

Absent were signs saying ‘Love Trumps Hate’ and ‘Not My President’ which Trump said proved this was no protest rally, but a bold showing of support for Trump and his policies.

“They approve of my decisions, even if the so-called political classes don’t.”

Attempts to get any of the pint-sized Trumpsters to speak on the record failed, as all they seemed capable of was running about in a frenzy.

“That’s because they’re so excited at being this close to their political idol. I love these guys!”

Though no numbers were officially provided for the gathering, Trump has already tweeted that crowds exceeded those at both of Obama’s inaugurals by a large margin.