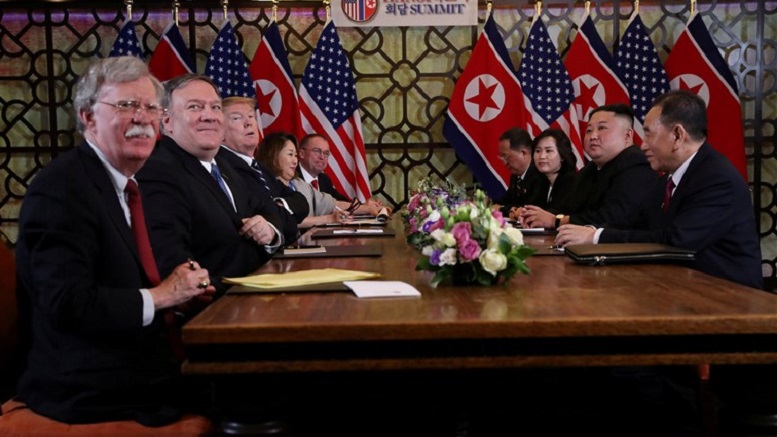 The world has been shocked but not totally surprised to learn that Kim Jong-un has executed a number of top North Korean diplomats in what appears to be his latest purge.

The executions were reportedly ordered by Kim following what he deemed as unsatisfactory results of the second round of direct negotiations with President Trump and his Secretary of State Mike Pompeo and National Security Advisor John Bolton.

While Democrats have criticized Trump in the past for juvenile displays of strength aimed at North Korea, they say this is no time to display weakness.

“You need to show Kin Jong-un that you can be as tough as he can.”

Logically that would point to a mirrored action in which Trump executes Pompeo and Bolton.

“Which we’re fine with BTW.”

Just as Kim accused those he executed of conspiring with the United States and being unprepared, Trump would have to find his own justifications for executing the two men that the American public would accept.

“Probably that would have to be leaking nuclear secrets in Pompeo’s case, while in Bolton’s case just being John Bolton should be sufficient.”