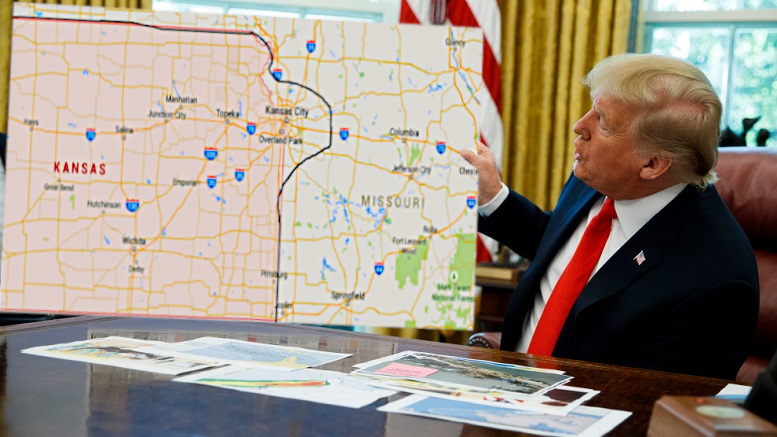 (Kansas City, ??) Residents of Kansas City awoke to find themselves not just Super Bowl champions but also part of a different state today. It followed the altering of the border of the State of Kansas by President Trump using his trusty sharpie in the early morning hours.

Governor Kelly wasted no time welcoming the hundreds of thousands of new residents of her state. Anyone doubting the power of the President’s sharpie to make sweeping change at a stroke was reminded to brush up on their Presidential sharpie history.

“Remember that this is a writing instrument with the power to change hurricanes.”

The development does pose a problem for residents of the Kansas City that was already in Kansas, who have demanded that they be relocated by sharpie to another state so they can keep their city name.

The move by the President is seen as important as he previously tweeted congratulations to the Kansas City Chiefs from “the Great State of Kansas”[sic] for their Super Bowl win. This would have been incorrect and quite dumb looking were it not for his timely redrawing of the Kansas-Missouri border.

“Thankfully we can hold our heads high as the President is technically not a stone cold idiot anymore.”

You can also joing us on Patreon