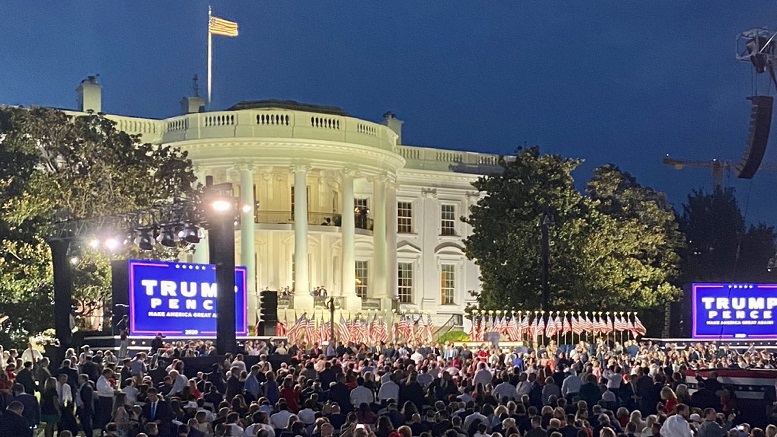 (The White House) Out of an abundance of caution over concerns that some people still don’t get how little he and his administration care about Hatch Act violations, President Trump concluded his GOP nomination acceptance address from the South Lawn by violating the freshly exhumed skeletal remains of the legislation’s author, the late Senator Carl Hatch, who died in 1963.

“The President wants everyone to understand he is prepared to violate anything associated with the Hatch Act, including Senator Hatch himself.”

The act precludes using official Government positions or property to conduct partisan business, which electioneering clearly qualifies as. But Trump administration officials worried some members of the public still didn’t get how down Trump is with doing exactly that.

“POTUS was concerned that even after using the White House grounds to accept the nomination, some people still thought he might have a sliver of respect for prevailing norms and the law – which is why he came up with the idea of kicking Senator Hatch’s skull around the stage.”

Concerned that some people also still don’t get how little he cares about accusations of nepotism, he has decided to adopt a puppy once re-elected.

“Though he doesn’t really care for pets he’s decided to get a dog if he wins a second term so he can appoint it to a cabinet level position.”