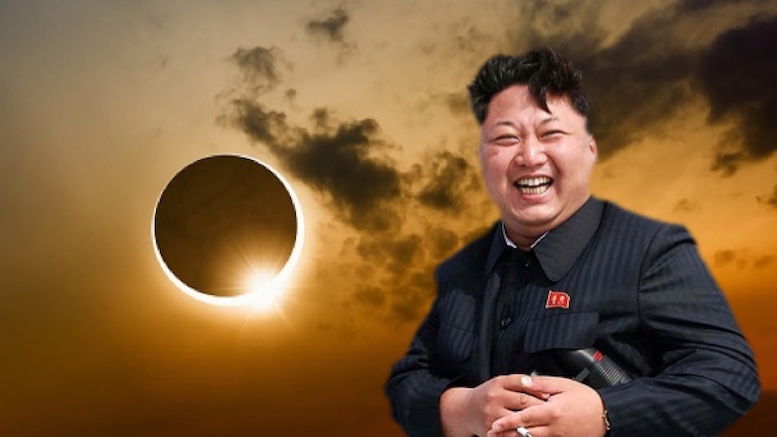 Kim Jong-un has upped the ante yet again with his most recent threat to block the Sun from shining using the latest in space-based North Korean offensive technology.

“We will darken the star that shines on the capitalist American scum!”

In order to determine whether they have that capability, Trump has consulted his most trusted scientific expert on the matter, Energy Secretary Rick Perry, who confirmed they were more than capable of it thanks to Obama dropping the ball.

“Indeed they can, Mister President. And don’t you pay attention to anything NASA says about this – they just want to make ‘ole Rick Perry look like he ain’t got no science learning.”

Trump has responded that any darkening of the Sun will be met with immediately military retaliation.

Kim has nevertheless indicated he plans to preform a demonstration of his new weapon to the American people.