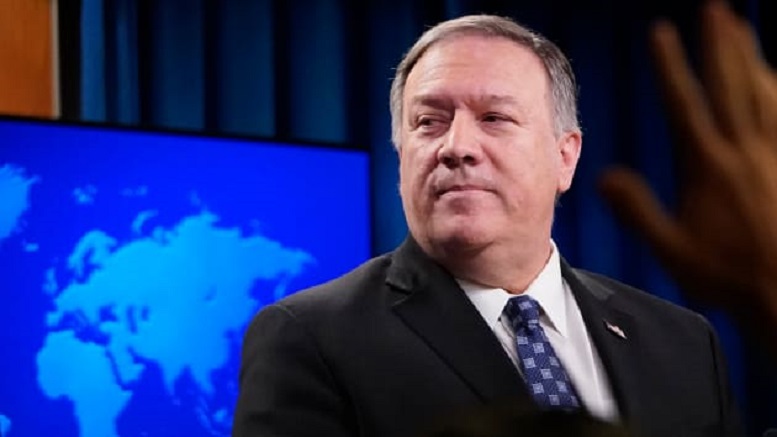 NPR reporter Mary Louise Kelly has revealed that Mike Pompeo cursed her out after being displeased by questions on Ukraine during an interview. The Secretary of State then produced a map of the World with the countries unmarked and demanded she point to Ukraine – which she did.

Pompeo’s crude aggressive approach would normally make his boss, President Trump, happy but not on this occasion. Trump has privately expressed concerns that Pompeo might try the same tactic on him should they ever get into a disagreement.

“What if he asks me to point to Ukraine, or the United States?”

White House sources say Trump will now only meet with his Secretary of State once he has been searched for maps with the countries unmarked.