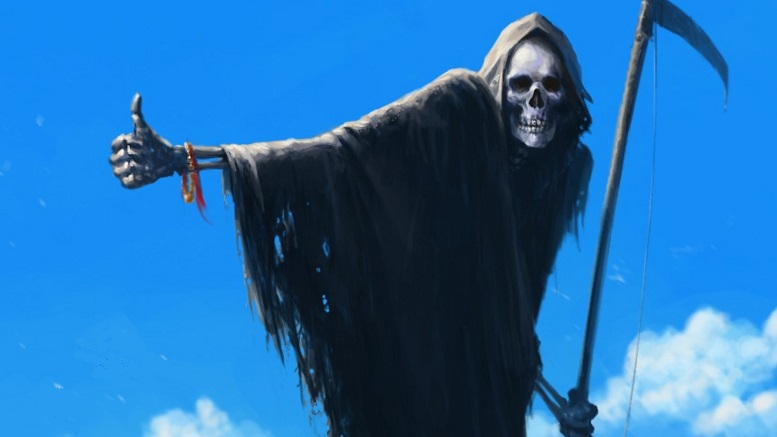 Facing criticism over his claim the coronavirus numbers are ‘MUCH better’ as deaths in the United States exceed 80,000, President Trump now has the support of an acknowledged expert in the field, to back him up. Speaking to the press today, leading authority on disease and mortality Grimmwolf Reaper PhD confirmed that the Presidents claim the current numbers are worth celebrating was entirely valid.

“I’ve not seen such good numbers as these in decades.”

Dr. Reaper said he initially had concerns the numbers wouldn’t be so good due to poor decision-making by a number of Governors, but the good example set by President Trump and supporters of his administration had turned things around.

“I’m expecially pleased with the projected numbers for middle America that has fared quite poorly in my opinion up until now. Fortunately that is sure to change for the better in the coming weeks.”

He was concerned about the numbers in the New York metropolitian area, however.

“They were so good initially – I’m talking Italy good now – but someone obviously really messed up as the numbers there are looking worse and worse with every day that passes.”