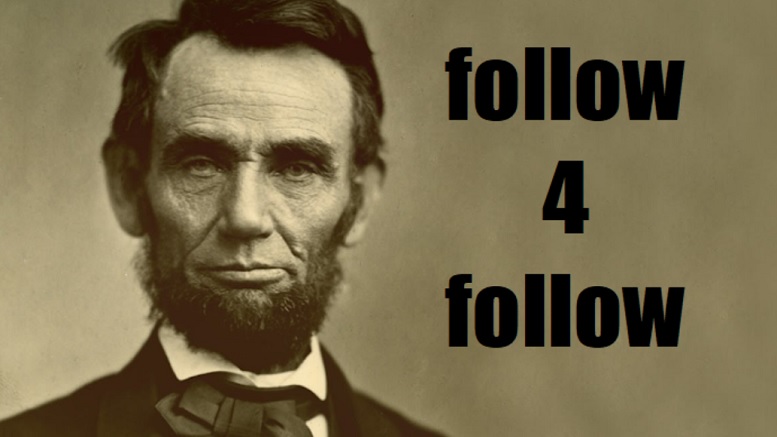 Opponents of President Trump are used to making easy work of debunking his wild claims. However they were forced to concede that not every claim he makes is wrong, including a recent one concerning his social media presence.

“After painstaking research we must admit the President Trump is correct when he says he has more Twitter followers than Abraham Lincoln.”

Trump also reveled in the fact that his Instagram is ‘way better’ than that of Frederic Douglass.

But when confronted with the fact that Obama still has him beat by almost 50 million followers, Trump was dismissive.

“I bet most of them are Russian bots.”