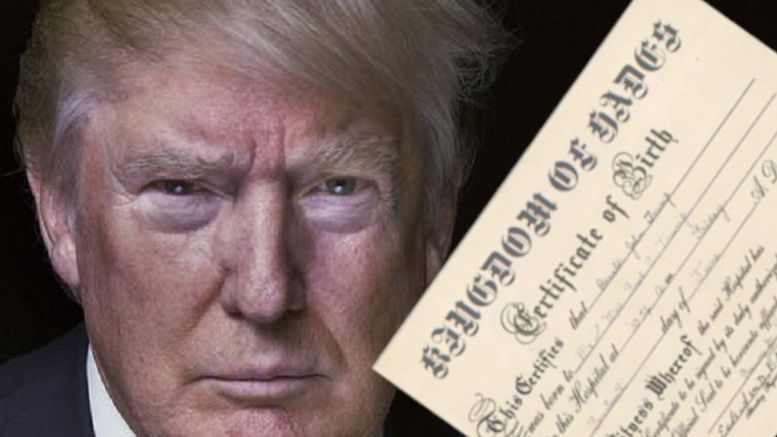 A major hurdle has emerged for President Trump’s reelection bid, as serious concerns regarding his eligibility have been raised. If proven correct, they could render his current position unconstitutional and prevent his return to office no matter what the results are in November. The issue gained prominence when challenger Joe Biden said he had ‘heard things’ about Trump being born some where other than the United States. Shortly afterwards, copies of a birth certificate issued by the Kingdom of Hades appeared on the internet, which the President has yet to refute.

“Because he can’t, obviously.”

“Though many people across the globe say the Kingdom of Hades and the USA are one and the same, they are in fact distinct sovereign entities – meaning if Trump really was born there he is ineligible.”

Even if the rumors are true there would be a silver lining for Trump, however. Though he would be barred from being returned to the White House for a second term, Professor Tribe says he would able to run for office in the place of his birth and seek to depose long-time ruler Lucifer, Prince of Darkness. Tribe concludes that Trump’s prospects for success in that scenario are far from poor.

“Policy-wise there’s not much between them so it would come done to whose best at energizing the base, which would bode very well for Trump.”