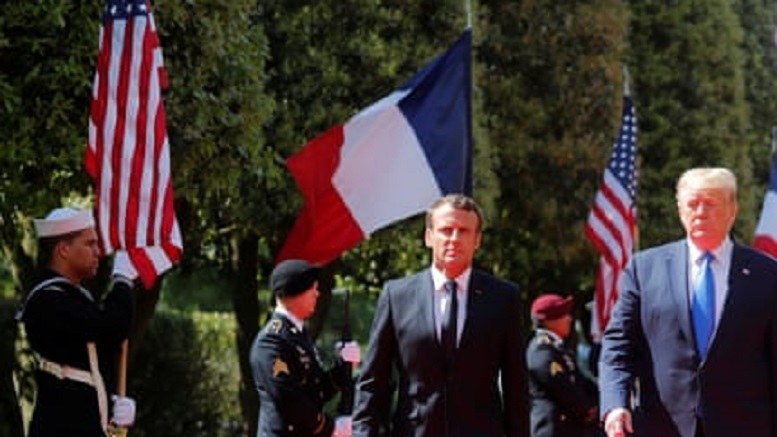 (Normandy, France) Despite resolute efforts to repel them, France appears to have been overrun by Trumps following an invasion launched earlier today. A beachhead was established by Donald Trump, followed by waves of his offspring and acolytes.

Though there were efforts to stop the travesty, including a heroic partisan campaign in England where the offensive was staged, part of the problem was devising the right tactics to turn back the Trumpian menace.

“Just when you think you’ve figured him out he blindsides you.”

Ultimately, those who attempted to resist Trump’s successful invasion of the European Continent said their valiant efforts came too late.

“The enemy should really have been confronted and destroyed long ago.”