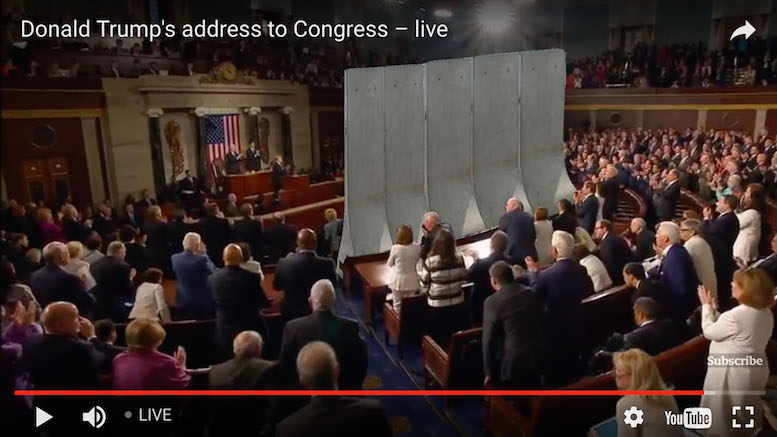 Following a divisive shutdown, President Trump promised to deliver a State Of The Union address focused on unity for a change.

As is customary at these events, the White House announced the guests in attendance, which included an section of existing border wall from Southern California.

Critics say his decision to invite the concrete barrier flew in the face of Trump’s promise to try to heal the divide.

“On the plus side, it did mean some of us didn’t have to look at him.”

In one of the more emotional sections of his address, Trump regaled the audience with tales of how the border wall section had withstood many hardships, including multiple freeze-thaw cycles, to secure a 25-foot section of the 1,989-mile border.

“This wall section has given much for our great country. So much!”

The concrete slab structure stood there stoically as the Republican side offered up rapturous applause, while the Democratic side for the most part sat on their hands.