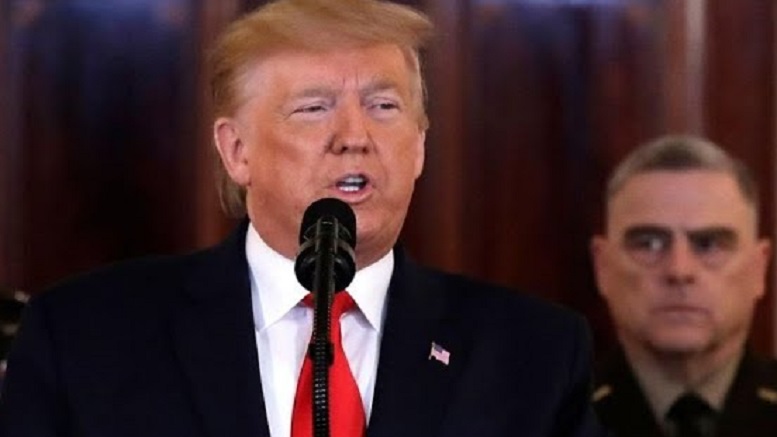 Given the importance of President Trump’s latest speech on tensions between the United States and Iran, the White House has announced it will be releasing a version that will be more readily intelligible to Americans.

“Crucially, the many words used that are not part of the English language – or any language for that matter – will be overdubbed with our best guess for what should be there.”

The biggest holdup is said to be the digital de-sniffling process, which required a custom job.

“Simply putting it through Adobe Audition doesn’t cut it when you have that many sniffles.”

Instead they have had to bring in expert recording engineers to perform the task sniffle by sniffle.

“They’re working round the clock to get a half-decent sounding speech ready as soon as possible.”