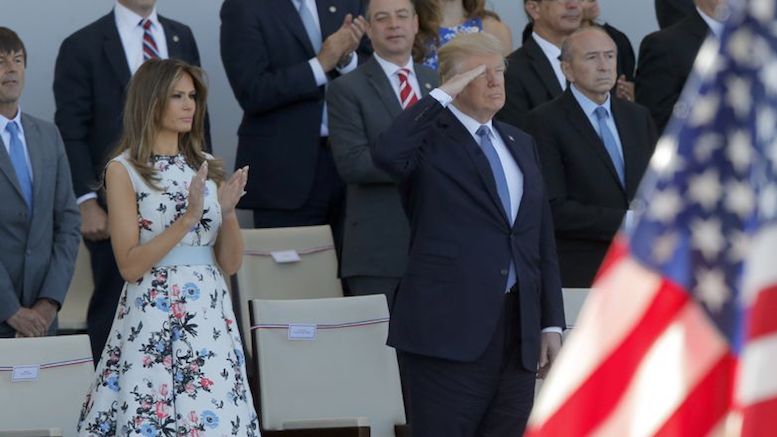 After revealing how much he enjoyed France’s Bastille Day parade, President Trump has indicated he wants to have his own July 4th Military Parade down Pennsylvania to show off America’s might.

This has triggered objections based on the historical avoidance of such displays in the United States, which are too often associated with tinpot dictators.

“But when you look at it that way, it does seem weirdly appropriate.”

However senior military figures say not to worry, as there’s an established protocol for how this President likes to personally interact with the armed forces.

“Basically we expect this parade to get repeatedly deferred and then never take place at all.”

Even if it does get to the point where is looks like the parade will occur, there are many ways it could cease to go forward even at the last minute.

“The parade could develop a nasty bone spur, which would be sufficient cause to call the whole thing off.”