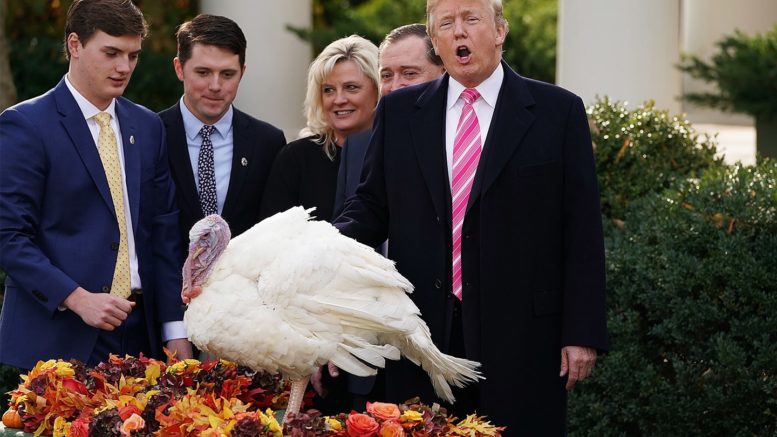 The annual tradition of the President granting a reprieve to two turkeys at Thanksgiving has become shrouded in controversy after it was revealed that one of the birds given clemency was a convicted war criminal. In addition to being spared from appearing on the dinner table, the aggressive bird also had his highest military rank reinstated, as well as a full pension.

Though the official line is that the turkeys were selected at random, sources in the White House say the President explicitly demanded that turkeys who have ‘the right stuff’ be picked.

The move is being privately criticised by Pentagon officials, who say this sends the wrong message and ultimately doesn’t help other turkeys in the field.

“We want our turkeys to be able to hold their heads high and not be viewed as ethically compromized.”

They added that Trump had really ‘fouled this one up’.