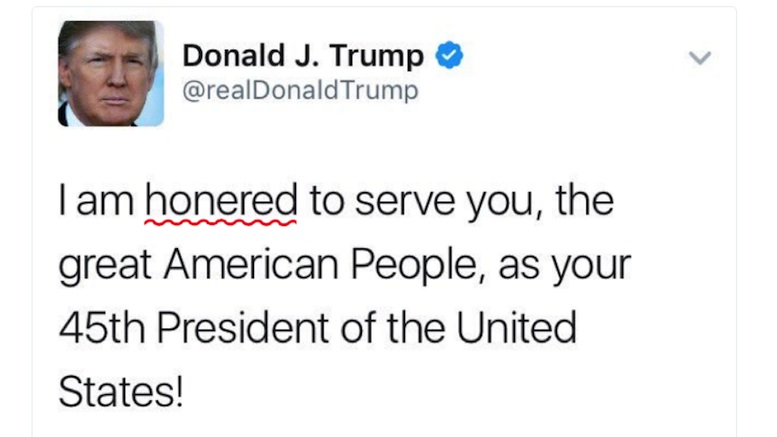 The war between President Trump and social media platform Twitter escalated dramatically today with Trump being effectively denied the ability to access his followers.

“As of today, misspelled tweets are banned.”

Twitter executives denied they were exploiting the President’s inability to get even the shortest phrases in the English language correct, insisting their sole concern was to help the general populace with their spelling and grammar.

“Trump can’t spell to save his life you say? We hadn’t noticed.”

Naive commentators suggested the President could easily get around the ‘ban’ by spelling his tweets correctly, but that only showed how little they knew about politics according to DC insiders.

“There’s simply no way Trump can get though 280 characters without a glaring error no matter how hard he tries.”

Twitter remains unapologetic and said it will not change its stance.