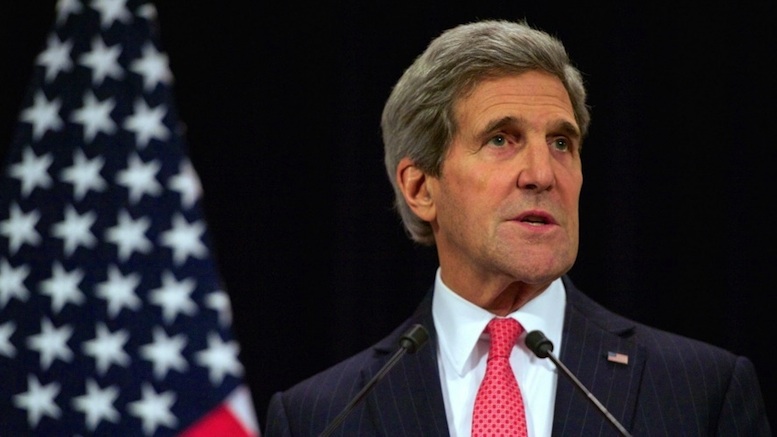 John Kerry: a father and, according to some, a mother too.

Today is Mother’s Day, a time for celebrating that person who either adopted you or whom you came out of. The special day was lovingly invented here in the United States in the early twentieth century, and was quickly adopted by sons, daughters, and card company stockholders from coast to coast. But there is a dark side to Mother’s Day, and it’s not just those vicious moms who retain a stranglehold on their children well into adulthood that are a staple of agony aunt columns. The terrible truth is that Mother’s Day is being shamelessly copied all over the world.

As if adopting our love of Coca Cola and sentimental Hollywood films wasn’t enough, selfish countries from the most westerly points of Europe to the tips of Eastern Asia have been blatantly stealing this most American of holidays. In a bold move only a lame duck could contemplate, President Obama has instructed the State Department to summon ambassadors from all countries who have co-opted the holiday in order to issue them with an official reprimand.

Most of the ambassadors promptly admitted their guilt and meekly accepted the rebuke by Secretary of State John Kerry. They were dismissed with instructions to have their countries stop celebrating Mother’s day by 2017. They will be permitted to replace it with something effectively equivalent, though with a different name like ‘Female Legal Guardian’s Day’. Secretary Kerry also presented the women ambassadors who have children with a small box of cream-filled chocolates and a card with a picture of a nice floral arrangement.

Though everything ended well, there were a few upsets along the way. The Italian ambassador protested that no one loves their mother as much as Italians do, though the fact that they didn’t institute the holiday until 1957 says otherwise. The U.K. ambassador at first insisted their version of the holiday, called Mothering Sunday, dates from the 16th century and was their own original idea. However a quick check of Wikipedia revealed that the holiday in question originally referred to the Mother Church, and its transformation into a celebration of actual mothers only occurred after the U.S. Holiday can to prominence.

In fact, Kerry is a father.

Be the first to comment on "U.S. State Department Summons Ambassadors for Mother’s Day Rebuke"