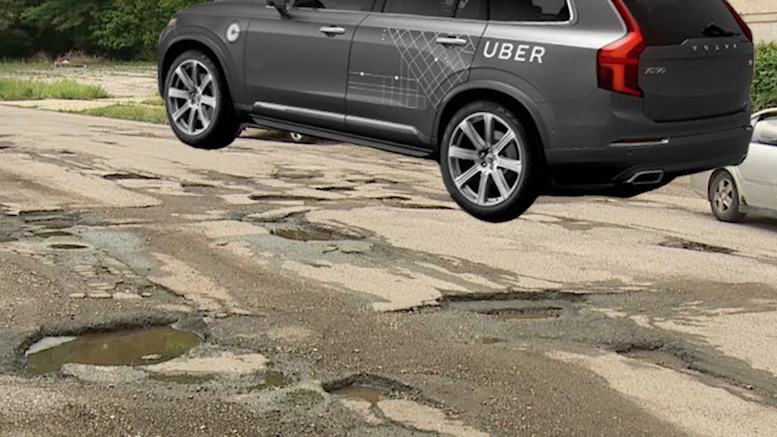 Ridesharing service UBER is by now a familiar sight on Pittsburgh streets, including its famed self-driving cars that are still in the test phase. In the latest development, they have announced their cars will start riding above street level to preserve their useful lifetime.

“Though they look cool in Blade Runner, we thought flying cars were impractical compared to driving on the ground. How wrong we were.”

“Unfortunately they have met their match.”

Engineers were befuddled at first how to alter their self-driving technology to be able to get about Pittsburgh without the cars basically falling apart.

“Then we realized what the data was telling us – these cars need to be airborne.”

Though is will necessitate a major overhaul, UBER is forging ahead to reconfigure its Volvos so they can ride at altitude, at least for the winter months.

“We chose Pittsburgh because we knew it was a challenging urban driving environment that would teach us things we didn’t anticipate at the design stage, which it certainly has.”