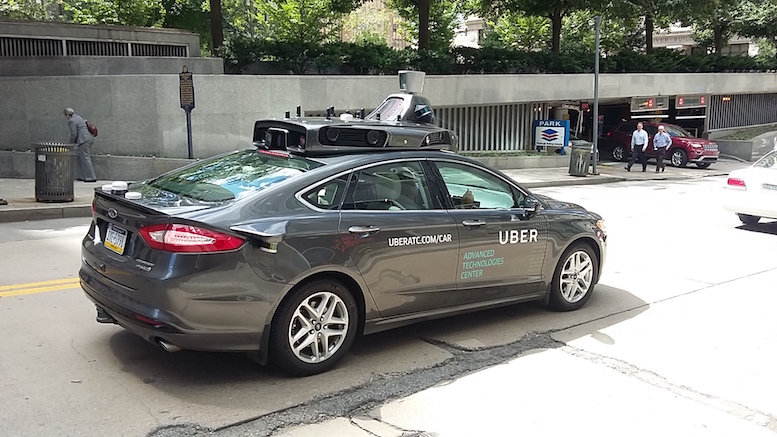 "I've got a stick with your name on it, babe"

Ride-sharing company UBER has fired 20 of its self-driving automobiles over claims of sexual harassment following an in-depth internal investigation. The dramatic dismissal of the cars was revealed at a staff meeting at its headquarters in San Francisco, CA.

Initially it was believed that the autonomous cars – being non-sentient – would not be capable of sexual harassment. However, it appears that their self-learning capabilities have allowed them to develop their own rudimentary form of sexism which they acquired striving to emulate the company’s predominantly male employees.

Though the cars are incapable of engaging in the worst forms of harassment for obvious reasons, there have been frequent incidents of horns being honked at female passers-by generally considered an eight or higher on the UBER scale. Female passengers also complained that cars would not start driving straightaway when instructed but instead remained stationary for an uncomfortable amount of time, whereas commands issued by a man were obeyed immediately.

Other actions cited as reasons for the dismissal included turning on heated seats when not called for, inappropriate use of air vents, and ignoring firmware upgrades performed by female engineers only to accept them when uploaded by anyone with a penis, regardless of their qualifications.