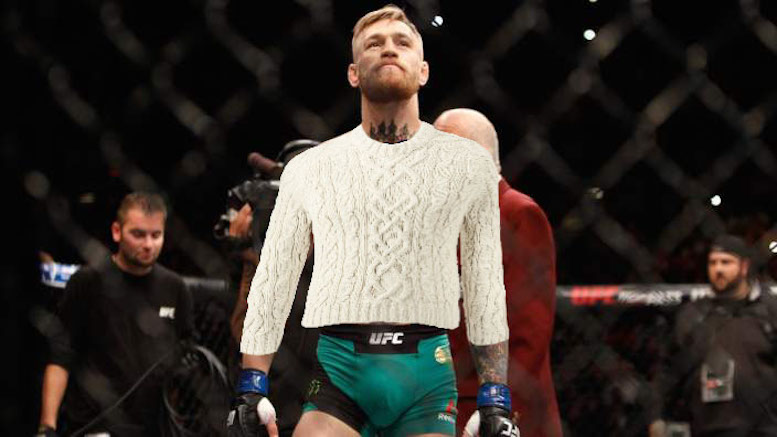 The revelation is believed to be cleverly timed to coincide with McGregor featuring heavily in the news recently.

The deal, which is backed by a consortium including Irish sweater titan Blarney Woollen Mills, is said to be huge for McGregor.

“Forget Nike – Big Wool is where the money is these days.”

As part of the record-breaking endorsement, McGregor will only fight in future whilst wearing an authentic hand-knit Aran sweater.

His trainer dismissed concerns that a garment designed to keep fishermen warm in the harsh environment of the Irish Atlantic coast might hamper his performance.

“He’ll be nice and cozy if there’s a chill in the ring now he will.”