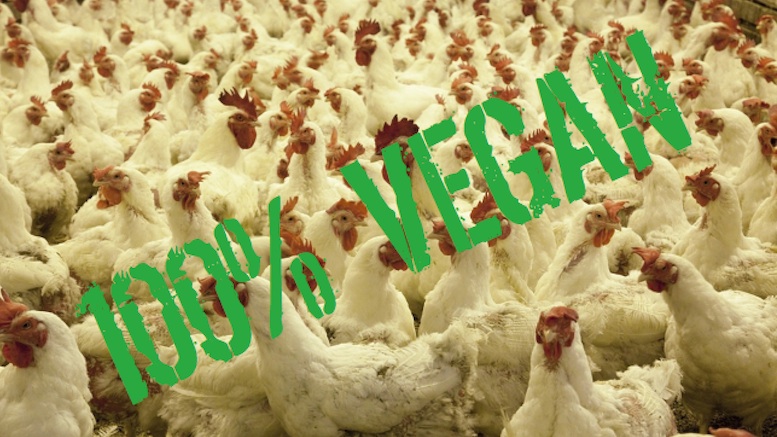 [Warwick University, Coventry] In response to the growing veganism movement, food scientists in the UK have created the first fully functional chicken made entirely out of plant materials in what is being heralded as an enormous breakthrough.

Whereas there have been excellent reproductions of the taste and texture of chicken meat before, this is believed to be the first instance of vegan ingredients being used to create a complete walking squawking chicken.

“All we used was soy and some rhubarb leaf extract so these chickens are 100% vegan.”

Those rearing vegan chickens from vegan chicks for eventual use in vegan dishes are warned to only feed them vegan food, as they will otherwise incorporate the non-vegan products into their bodies and therefore not be technically vegan anymore.

“That’s to this remarkable development, vegans who still like to pretend they are eating chicken can have the full chicken experience, including raising them if they wish.”

The vegan chickens are also capable of producing vegan eggs, again with the caveat that they must be feed a strict vegan diet, so vegan can also pretend they are eating omelets too. The scientists are not resting on their laurels, and are currently trying to create a herd of Angus cattle out of only mushrooms and mung beans.