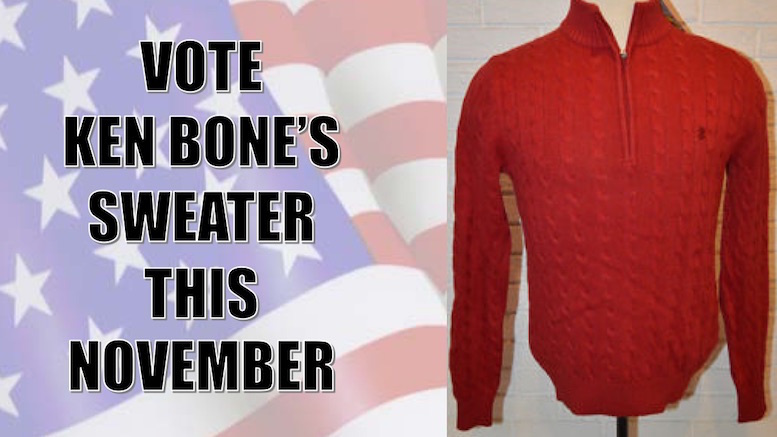 The reappearance of 2016 election Town Hall debate hit Ken Bone and his infamous Red Sweater is showing the potential to shake up an already crazy Presidential race, with a movement to elect the bright knitwear developing seemingly overnight.

Though unlikely to win given that it is not on the ballot, Ken Bone’s Sweater could be the difference in this race due to its strong appeal to independents and swing voters.

It’s also expected to do well with voters concerned about the environment, given its progressive policies that aim to reduce fossil fuel consumption by adding layers.

Ken Bone’s Sweater is also drawing from both the Trump and Biden camps with its strong message on defense, including a comprehensive plan to deal with the ever-present threats of pilling and lint.

GOP activists, concerned that Ken Bone’s Sweater might be a tempting write-in alternative to weary moderate Republicans voters who might otherwise vote for Trump, are reportedly drafting a plan to siphon off Biden voters