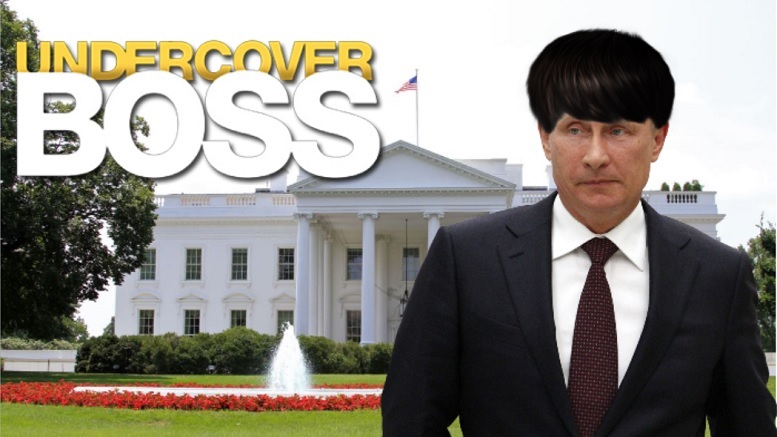 Vladimir Putin may have not officially visited the United States during the current administration yet, but it was learned today he was already here briefly to film an episode of the popular CBS reality show, Undercover Boss.

In the episode Putin pretends to be a White House intern, with everyone unaware that the moppy-haired young man fetching their beverages is in fact their boss.

After the reveal, Putin addresses his unwitting employees in the executive branch of the U.S. Government and lets each one know if he will be setting up college funds for their kids, or executing them on the South Lawn.

CBS executives are so impressed with the buzz generated by the episode that they have postponed filming their planned episode at a paper plant this week to be able to continue with the politics theme.

“Keep watching to see the remaining Koch brother in a boiler suit posing as a wise-cracking maintenance worker in the House of Representatives.”