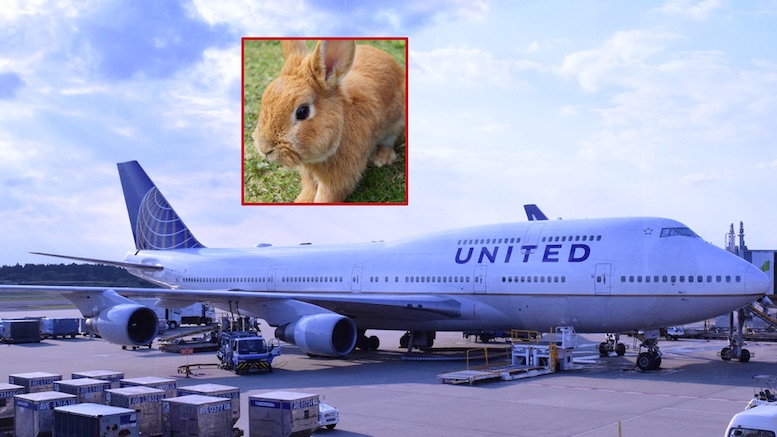 In further bad news for United Airlines, an enormous bunny destined for a celebrity owner has been found dead in the cargo hold after a flight from London arrived at its destination of Chicago, Illinois.

The cause of death of the rabbit, called Simon, is unknown. But perhaps most damaging for United is an email CEO Oscar Munoz sent to United Staff saying they are not to blame for the death of the rabbit who was being ‘belligerent’ and who ‘displayed an obsession with joining the mile-high club’ once on board.

Munoz went on to describe – albeit without evidence – that the rabbit was unhappy with the lettuce provided and demanded better leaf, such as arugula, even though he was flying economy. The buck also, claims Munoz, relentlessly badgered crew with orders to ‘hop to it’ and repeated questions such as ‘where the lady bunnies at?’ – though no crew member was identified by name to allow for corroboration.

Reaction to the callous email once it was leaked was swift, especially as it didn’t even refer to the unfortunate demise of the animal other than to note that crew finally got some peace after putting up with quite an earful.

Realizing they had messed up yet again, United quickly put out a public statement saying the company was saddened by Simon’s death.