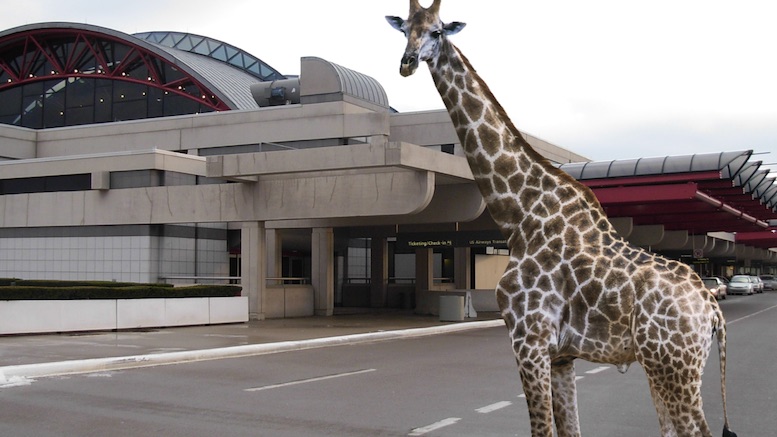 United Airlines is facing another PR disaster today, after a man attempting to fly out of Pittsburgh International Airport on one of their scheduled services to Chicago was not allowed to bring his emotional support animal along with him in the economy cabin as promised.

United admitted they did tell Pittsburgh resident Frank Klutz beforehand that he could bring his giraffe on board for emotional support, but only because they assumed it was a stuffed animal that made him more relaxed in the air.

“We admit we did make that assumption, you know, what with it being a giraffe and all.”

Frank maintains that once he presented himself at the airport with his giraffe, they should have honored their promise to him regardless of their general policy.

“They tried to come up with excuses like how will he fit, and I explained to them it’s very simple – sideways.”

Nevertheless his giraffe was turned away and Frank is realistic about his chances of his giraffe being allowed to fly in the future.

“But they’d better not deny boarding to my new emotional support wolverine, or I’ll be pissed n’at.”