United States Attorney for the district of Western Pennsylvania Maxwell Hart has never been one to shy away from tough decisions, and his latest one is no different. The strident federal prosecutor has decided to make a bold statement by prosecuting everyone over 65 in his jurisdiction for child neglect citing powers under the Federal Child Abuse Prevention and Treatment Act (CAPTA) (42 U.S.C.A. § 5106g), as amended by the CAPTA Reauthorization Act of 2010. He is relying in particular on a passage which defines child neglect as:

“An act or failure to act which presents an imminent risk of serious harm.”

Though some accuse him of trying to make headlines for himself on the back of a rash of incidents regarding millennial children and the so-called ‘free-range parenting’ movement, he claims he is simply applying accepted codes of criminality to those who committed similar, or, in many cases, worse crimes upon the preceding generation.

“I have determined that everyone over 65 is guilty of gross negligence with regard to their children’s welfare. Those without children are likewise guilty for failing to intervene.”

He is confident he can achieve a high conviction rate given the multitude of evidence that throughout the 1970s, 1980s and earlier there was widespread neglect in the form of leaving children as young as six to wander streets and playgrounds unsupervised, and even, to the nation’s eternal shame, making them run errands to the local store, in some cases to buy cigarettes. Only those who can prove they did not practice or witness these acts of freewheeling abandonment will be exempt from prosecution, which is expected to be limited to people who live alone in remote wood cabins, and former cult leaders.

“I’m no hypocrite, so the first people I’ll be filing charges against are my own parents.”

Hart has assembled an overwhelming case against his parents, Corey and Linda Hart, who reside in Westmoreland County, with multiple childhood friends ready to testify under threat of subpoena about the times they spent playing Cowboys and Indians on the streets and lanes of Jeannette, all without an adult in sight. Since he will be the primary witness for the state in this case, Hart is handing over the reigns to Assistant United States Attorney and mother of two, Stephanie Wagner, who cannot believe some of the heinous crimes they committed.

“These monsters drove around with poor little Max lying stretched out on the back seat, and would also leave him alone in their backyard for hours at a time, only occasionally checking on him by looking out a window. How he didn’t end up being a bum instead of youngest U.S. Attorney ever appointed I’ll never know.”

Unlike the government, who have an impressive list of witnesses from law enforcement and nationally-known organizations, Hart’s parents do not intend to present expert testimony, but are instead relying on simple aphorisms such as ‘kids need exercise and fresh air’, ‘things were different back then‘, and ‘he needed to learn for himself‘. Ms. Wagner finds their whole attitude repugnant.

“They don’t show any remorse whatsoever, so I’ll be pushing for the maximum 20 years.”

One argument that won’t work in court is that it’s wrong to retroactively apply laws that were not on the books or part of contemporary culture when the ‘crimes’ were committed. Though it’s true that argument has sometimes been used successfully, Hart insists it shouldn’t be a defense in this instance.

“Not when it comes to the safety of our children.”

Hart hopes that in the future, when smug childless people say things like ‘back in the 1970s my parents used to let me wander the neighborhood all by myself’, anxious contemporary parents will be able to counter with ‘and that’s why your cruel parents were sentenced to imprisonment in 2016 and will likely die in jail’. Hart himself not only keeps his children within sight at all times but has gone so far as to keep then permanently tethered to his person using a retractable dog leash when they are not in school. 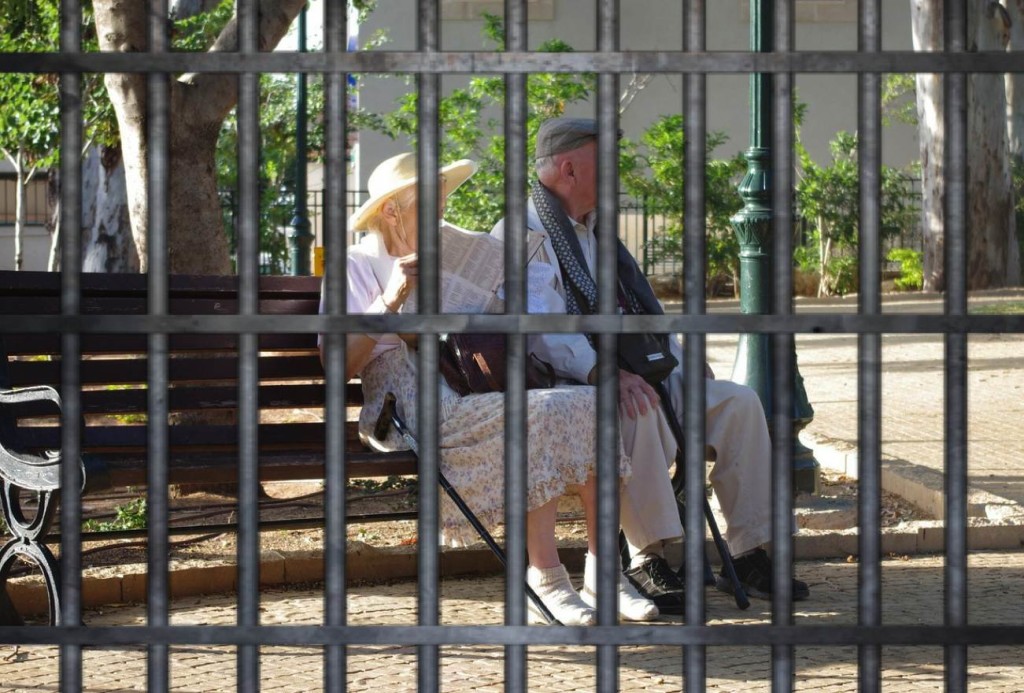 Some people who are old and who therefore deserve to be jailed for child neglect.