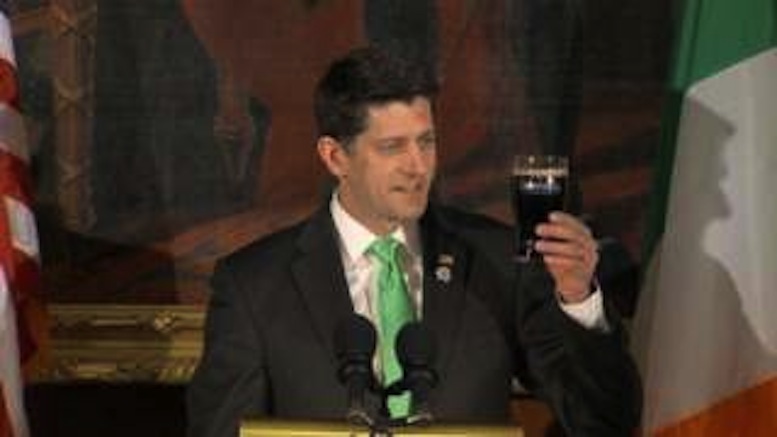 The international community is in shock at the news that the Republic of Ireland and the United States of America are at war after Paul Ryan held up a pathetic glass of ‘Guinness’ with barely a hint of creamy froth atop it.

Since a foreign government official holding up a ‘despicable pint’ constitutes a declaration of war under Irish law, word went out on national broadcaster RTÉ that all able-bodied men and women are to report for duty.

“Saddle up everyone. We’re in a shooting match with the Yanks.”

Though the United States has overwhelming superiority in weapons, technology, and number of soldiers under arms, the Irish are known to excel at conducting insurgencies against vast global empires.

“We’ve done it before and will do it again.”

The US Joint Chiefs of Staff are reportedly confident about even a protracted engagement given that they’ve been at war for fifteen years straight, however the Irish are known to operate on completely different timescales when it comes to playing the long game.

“Only fifteen years? Try eight hundred on for size.”

Military historians also warn the Americans that they shouldn’t discount the fact that Ireland has a sizable ‘Fifth Column’ ready to fight from the inside.

“We estimate the numbers involved could be anywhere from 10 people to 135 million.”

Another thing that could totally change things at a stroke is if a third party enters the conflict on the side of the Irish.

“I hear Vladimir Putin knows how to pull a proper pint.”