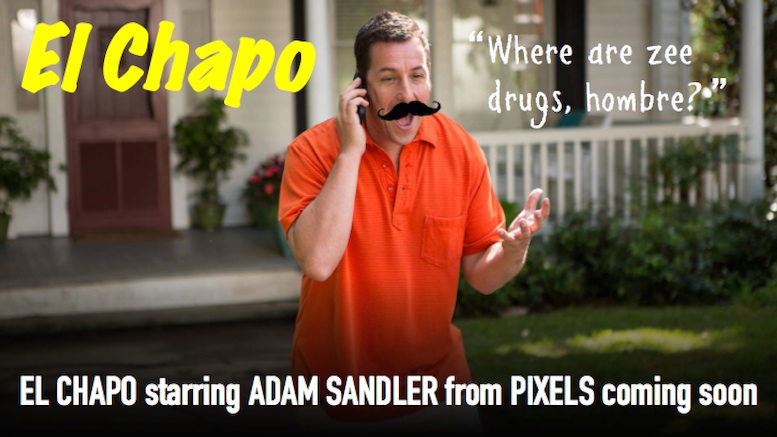 The drug kingpin known as ‘El Chapo’, who was previously captured by Mexican authorities, has been found guilty in a United States court.

He was caught after meeting with Sean Penn about the prospect of making an El Chapo movie. El Chapo’s carelessness didn’t come as a surprise to the Justice Department, as it was known that he was hugely jealous of Pablo Escobar having had a serious dramatic biopic made about his life starring Benetio Del Toro.

“We believe El Chapo wanted to be played by Javier Bardem.”

The importance El Chapo attached to having a critically-acclaimed biopic made about him is said to have directly inspired his punishment, beyond incarcerating him for life.

The El Chapo movie is set to be released worldwide and will also play continuously in El Chapo’s prison cell.