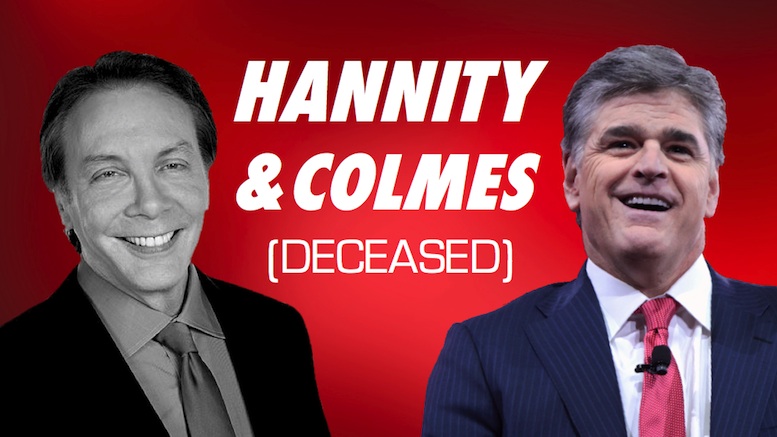 With the sad passing of beloved political commentator Alan Colmes (1950-2017), Fox News has announced plans to reboot the popular show Hannity & Colmes which first aired on the channel from 1996 to 2009.

The original Hannity and Colmes was a ratings hit, however the show suffered from Sean Hannity being intellectually outgunned by Colmes, forcing him to resort to child-like yelling more often than not.

With Colmes’ unfortunate demise, Fox News plans to re-unite the pair, with the new show being billed as Hannity and Colmes (Decreased). Fox News executives are hopeful it will perform even better now due to the pair being more evenly matched, intellectually speaking.

However, TV pundits remain skeptical that the show would differ significantly in that regard, as, even with Colmes sitting there silently without any brain function, Hannity would still probably come off the worst the minute he opened his mouth.