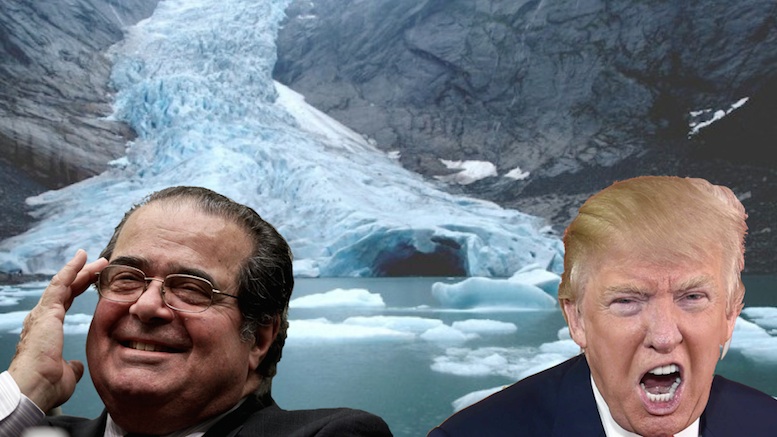 Paris is celebrating as the vast majority of the world’s nations reached an historic agreement to limit a potentially disastrous rise in global temperatures due to manmade causes. The United States, being one of the biggest emitters of greenhouse gases, was a crucial player, and was also targeted for the high levels of noxious emissions being put out by its Republican candidates for President and a certain Supreme Court Justice.

“Even if we constrain global warming to pre-industrial levels and save the planet, the consequences of the all the hot air being emitted by Republican politicians will render that moot if they ever get their way.”

In an impassioned plea for solidarity, countries emphasized to the US that its problems were not limited to its fracking industries or its insane Presidential hopefuls.

“These offensive emissions by Justice Scalia are a threat to common decency and we must limit them if we are to pass on a better world to our children.”

Fortunately, unlike the case of greenhouse gases released from coal-fired plants, the emissions from people like Trump and Scalia are rendered powerless if we just learn to ignore them and treat them like the deranged mean-spirited assholes that they are, which is now required by binding international treaty.