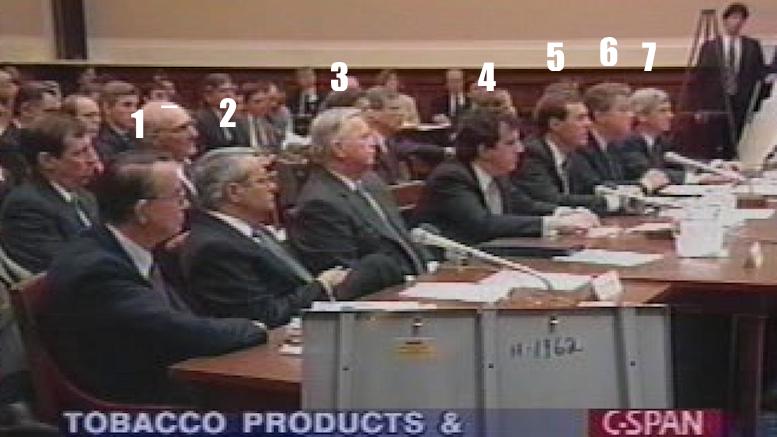 Seven CEOs who totally should have been shot in the fucking head according to John Stuart Mill.

[MIT, Cambridge, MA] An unprecedented computational meta-analysis of all data related to cancer deaths worldwide has determined the best way to significantly and immediately reduce mortality. The work was funded by the CDC in an effort to reach an unbiased conclusion using computers to assess all available information without self-interest or human qualms getting in the way. Researchers suspected the complex neural network would converge on lung cancer as the best target to achieve reductions – and they turned out to be right, though not in the way they expected.

“It turns out the best way to dramatically reduce cancer deaths is: Shoot Some Big Tobacco CEOs In The Fucking Head.”

They were concerned at the unusual nature of the result, which they expected to focus on new therapeutic approaches or educational initiatives aimed directly at smokers. They doubled-checked the input data and re-ran the immense calculation, which again gave the result: Shoot Some Big Tobacco CEOs In The Fucking Head.

Through the cancer research community was surprised with the dramatic conclusion, on further reflection it made more and more sense as they recalled the many strategic campaigns to undermine smoking reduction efforts at the governmental and legislative levels, the most famous example being when the ‘Seven Dwarves’ perjured themselves in front of Congress. They also watched ‘The Insider’ again for more insight, which was deemed to be highly informative and entertaining, even though Al Pacino never says Hoo-Ha! once.

“At least from an academic perspective, this result clearly warrants further studies on the benefits of Shooting Some Big Tobacco CEOs In The Fucking Head.”

Though the massive network is entirely dispassionate in its calculations, it does operate based on the Utilitarian Principle of the achieving the greatest good for the greatest number, which originated with 18th century philosopher Jeremy Bentham and was subsequently developed by John Stuart Mill, who despite his name is a Scot.

“We were told to put all ethical concerns aside and simply come up with the best method based purely on the data. Well, this is it.”

Just for fun the team also programmed the neural net to evaluate solutions for some other problems to see what predictions it would make.

Reduce war – Shoot Some Bellicose Politicians In The Fucking Head.

Make democracy more representative – Gather Some D.C. Lobbyists In A Field And Fucking Let Fly On Them With Field Artillery.

Their personal favorite, given their love of irony, is the optimum solution for reducing gun violence.

“Keep Shooting NRA Presidents In The Fucking Head As Long As Necessary.”

“MIT has released a statement that there was a bug in their coding and that their initial solution was incorrect. The latest calculations with the bug fixed have revealed a more optimal method to impact cancer: Shoot Some Big Tobacco CEOs And All Their Relatives Including Children In The Fucking Head.”

Be the first to comment on "Vast Computational Analysis Determines Best Way To Reduce Cancer Deaths: Shoot Some Big Tobacco CEOs In The Fucking Head"