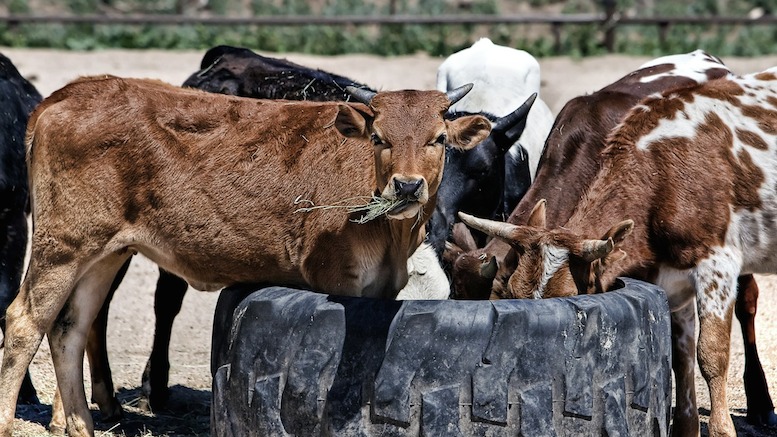 If this doesn't make you salivate there's something very wrong with you.

[Lubbock, TX] A startling new study has revealed has revealed a shocking connection between the practice of veganism (not eating animal flesh or using anything derived from animal products) and a tendency to rape and murder and generally be a cancer on society.

The lead author of the study, Prof Buck Richards, says these findings should make people think about what type of person they really want to be when they avoid the meat section at their local supermarket.

“I know they say correlation doesn’t imply causation but when it’s 100% you have to suspect something’s going on.”

Prof Richards, who has a degree and refers to himself as a scientist, has developed his own theory that eating meat satisfies a primal bloodlust that in ancestral times drove us to rape and murder with abandon, so by denying ourselves the tasty protein-rich food source that animals provide, we are effectively turning ourselves into prehistoric monsters. His study consisted of interviewing subjects selected using rigorous scientific techniques like exclusion criteria.

As further evidence of the deep connection between veganism and being a total pariah he points to world famous vegan Morrissey, who was technically excluded from the study for not meeting one of the strict scientific criteria, and who is “clearly off” as witnessed by his excessive grumpiness and fondness for having Gladioli sticking out of his backside.

Richards says he could name hundreds more well-known vegans that display similar antisocial behavior, but when asked to do so he changes the subject. A visit to the Institute For Flesh’s website – the Texas-based funder of the study – confirms that they are a genuine science funding organization and not merely a front for a single biased study.

“Children with robot toys instead of stuffed animals get better grades”

“Eating tofu and AIDS: Is it worth the risk?”